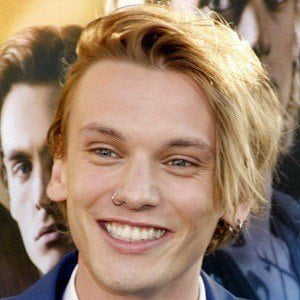 Jamie Campbell Bower is an actor from England. Scroll below to find out more about Jamie’s bio, net worth, family, dating, partner, wiki, and facts.

He was born on November 22, 1988 in London, England. His birth name is James Metcalfe Campbell Bower and he is known for his acting appearance in the movie like “The Mortal Instruments: City of Bones” and “The Twilight Saga: Breaking Dawn – Part 2”.

Jamie’s age is now 33 years old. He is still alive. His birthdate is on November 22 and the birthday was a Tuesday. He was born in 1988 and representing the Millenials Generation.

His parents were heavily involved in the music industry. His father was employed by the Gibson Guitar Corporation and his mother worked as a music manager. His brother Samuel plays guitar for Counterfeit. He had an on-off romance with Lily Collins dating back to 2012; he also dated Matilda Lowther.

He was featured in a 2012 music video for the song “Never Let Me Go” by Florence + the Machine.