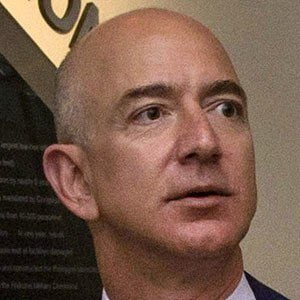 Jeff Bezos is an entrepreneur from the United States. Scroll below to find out more about Jeff’s bio, net worth, family, dating, partner, wiki, and facts.

He was born on January 12, 1964 in Albuquerque, NM. His birth name is Jeffrey Preston Jorgensen.

Jeff’s age is now 58 years old. He is still alive. His birthdate is on January 12 and the birthday was a Sunday. He was born in 1964 and representing the Baby Boomer Generation.

He was born to a teenage mother and was later adopted by his stepfather Miguel Bezos. He married novelist MacKenzie Bezos in 1993 and after more than 25 years together they separated in early 2019. The couple had four children together.

He invested $42 million in the Clock of the Long Now, which was mechanized to keep time for 10,000 years.

The estimated net worth of Jeff Bezos is $103 Billion. His primary source of income is to work as an entrepreneur and businessperson.