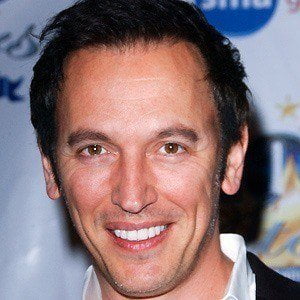 Steve Valentine is an actor from Scotland. Scroll below to find out more about Steve’s bio, net worth, family, dating, partner, wiki, and facts.

He was born on October 26, 1966 in Bishopbriggs, Scotland. His given name is “Steve” and known for his acting performance in the movie “The Walk” and “Mr. Peabody & Sherman”.

The first name Steve means garland & the last name Valentine means hale and healthy. The name comes from the Greek.

Steve’s age is now 54 years old. He is still alive. His birthdate is on October 26 and the birthday was a Wednesday. He was born in 1966 and representing the Gen X Generation.